Hi, I’m The Jerk. You might remember me from that time I was marketing athletic clothing for Catholic women.

Pretty classy, am I right? Big seller in the Steubenville.

At this point, some of you may be wondering where Simcha is, and why she is letting me get away with this, again.

See, for reasons even I don’t quite get, there are times Simcha ditches the blog and allows me to post here. Confidentially, this usually happens around the same time The Moody Blues tour comes around.

This being county fair season, Simcha is otherwise indisposed for the duration.

During the last foray into the depths of my movie watching despair, Cari  made a request for the next review. I immediately rejected her idea as stoopid. Then, I remembered some of the other movies I’ve reviewed.

OK,  so Cari gets her review. 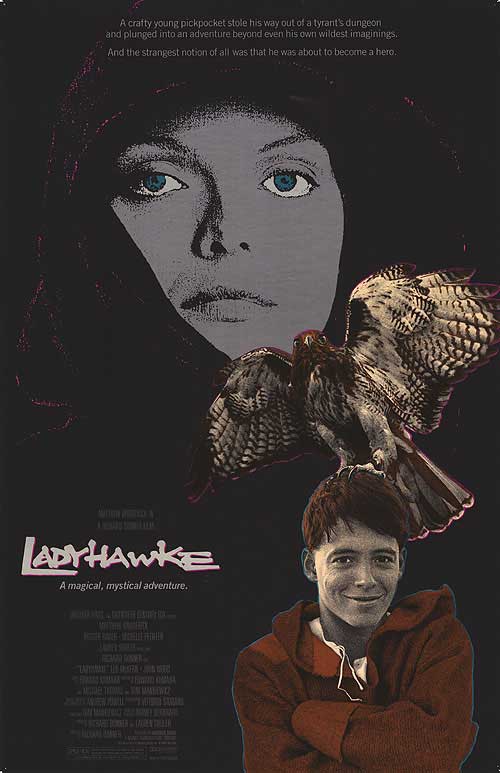 Before we delve too deeply into this mess, I gotta say, I have no memory of watching this movie.

Don’t get me wrong, I did watch it just a few nights ago. I was mostly sober too. But, it just kinda of slipped away right after watching. Strangley, this is not the first time I’ve watched this very same movie, only to forget it nearly instantly.

If I can reveal a little bit about myself – don’t worry the pants will stay on – I never forget movies, or TV shows for that matter.

Seriously, I can pretty much give you a run down of every episode of F-Troop, or anything starring William Bendix, and don’t get me started on the first season of Murder She Wrote, before that show lost its edge.

The point is, I have a mind for crap entertainment. I never forget this stuff.

The producers manage to find the Dutch equivalant of NyQuil for the leading man. Honestly, this guy is a lamer veriosn of Christopher Lambert.

We’ll get to you later.

Hey, Dutch people, lookit, we kinda saved you like every time The Nazis invaded you, and you thank us with Rutger Hauer? Next time don’t expect us to come running.

The plot, as I gather, concerns this here Hauzer fellow and his pet bird, Michelle Pfeiffer.

Some of you fellas may disagree with me here, but this lady is like the boring version of cardboard. Has she ever been interesting? She’s not even convicncing as a lady cursed to turn into a hawke every day. You wants a convincing bird lady?

Anyhoo, so it seems Rubarb and Birdy were in love, but it had to be kept secret from the scheming, control-freak bishop whose sexual perversions led him to use black magic.

No, the bad guy movie bishop is this guy:

He kinda looks like my grandma, before we put her in the home.

Bishop Old Lady here puts a curse on Ruger Howitzer and Birdy Bird Bird so that all day, she’s a hawke, but all night he’s a wolf. This movie easily could have been called Manwolf. Except that’s even stupider than Ladyhawke.

This wacky curse keeps the pair separated, even though they are always together. It’s one of those great unrequited romances that make up so much our our literary culture.

C’mon. Like I’m the only one who sensed this tension?

The unhappy couple was betrayed to the bishop inadvertently by their confessor, who kinda blurted it out when he had too much to drink and was talking to the bishop. Not gonna say anything about confessors I have had. Not. Gonna. Say. Anything.

The filmmakers managed to get the great Leo McKern for the role of the disgraced priest.

But the whole linchpin for this movie? The one actor whose dynamism pulled it altogether into a rousing entertainment? They next great action star? They didn’t get that guy. Instead, they hired this guy: 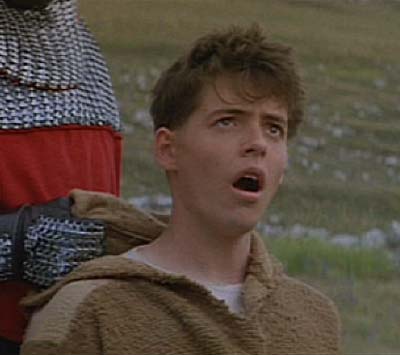 Yup. Matthew Broderick. It kinda makes sense to put him in a period picture set in the middle-ish ages, with knights on horses and whatnot, given his – let’s say- proclivities.

It’s not that this is the worst movie ever made. Far from it. It’s just kinda dull, and extraordinarily forgettable. It’s almost as if this was created as an experiment in induced memory loss. I do blame the director, Richard Donner.

Not to be all judgy, or anything, cause being judgy is bad, but this guy is going to Hell.

Not only did he make Superman boring, not only did he fail to ever make a sequel to The Goonies, but this is the moron who helped make Mel Gibson a major action star.

If you want to see a real movie, with a vaugley European leading man, ton of action, a kickass soundtrack, and loads of Sean Connery, I suggest Highlander.

Speaking of which, Highlander will be the subject of my next review. Assuming Meatloaf still plans to bring his tour out this way, expect that sometime next week.