I don’t want to be a dog person.

And I don’t want to clean up any more poop.

Which brings me to my final fear:  I don’t want to turn into a dog person.  Honestly, I think I dread that even more than I dread the dog itself.

Now, I am sure that there are tens of thousands of courteous, upstanding dog lovers out there who are utterly clear-headed and responsible about their pets.  All I know is that, of the four neighbors who live within woofing distance of our house, three of them are dog owners . . . and they are neither courteous nor upstanding nor clear-headed nor responsible.  They are The Other Kind.

Yesterday, I was stalking around in my blasted November garden, pulling up stakes and feeling slightly ashamed of the incredibly rinky-dink job I did of caring for the poor vegetables this year (I don’t actually remember using a deflated  punching balloon to tie up the tomatoes, but there it is).  I was there not because I’m a good gardener who was prepping the soil for winter, but because we had reached that section in first grade arithmetic when I knew I had to get out, out, out of the house for a couple of seconds, or I  was going to strangle one bright but very obstinate first grader, who would sooner die than admit he understands place value.

So I’m out in my garden, and what do you suppose I find?  I found evidence — EVIDENCE, I tell you — that at least two large dogs have been romping in our yard.   Romping, among other activities.   And one of them, apparently, recently ate a fuzzy white sock.  Ugh.  Ugh.  Ugh.

If you weren’t already impressed enough that I used the word “evidence” instead of “enormous turd” to describe what I found, then allow me to impress you even further:  Guess what I did?

I’ll start with what I didn’t do.  I didn’t grab a rake, scoop up the poop, and fling it at the house of the dog’s owner.  I didn’t scream obscenities, and I didn’t threaten anyone with a hammer.  (Yeah, those were all things I did in my old neighborhood.  And they deserved it!  Lucky for me, it was a street where that kind of behavior was considered fairly unremarkable.)

All I did was knock (okay, maybe pound) on the door of the house from which two large dogs were seen to bound that morning, and explain that, while I do not want to be a bad neighbor, I do not own a dog, and so I get very, very, very angry when I find dog poop in my yard.   And that I would appreciate it if this never happened again.  Ever.  Ever.  Ever.   I also rolled my terrible eyes and gnashed my terrible teeth a bit.  Then I threw the poop at their house!  Ha ha, no, I didn’t.  I put it in a bag and threw it away. But I was still so angry, I went and cleaned my car, too.  That’ll show ’em.

Why is someone else’s dog poop so upsetting, especially to someone who lives on the highway and regularly picks up trash galore?  I guess it’s different from other litter because some litterbugs just don’t care at all about how they live.  It’s disgusting, but at least they’re consistent:  they throw beer bottles in your yard, they throw beer bottles in their yard, they accidentally swallow the occasional beer bottle — whatever.  A medium-thick carpet of clinking, rolling empties is just an integral part of their chosen lifestyle, and wherever they go, that’s how it is. 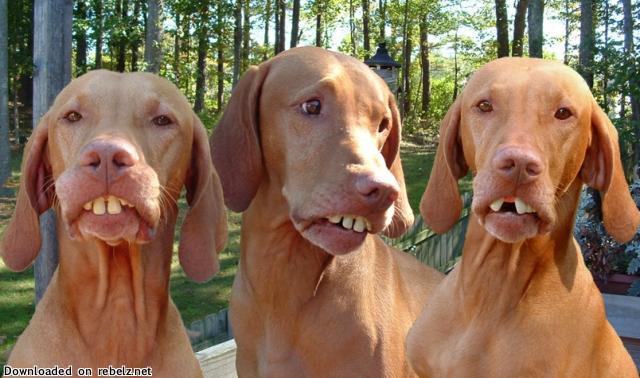 But the whole invasive pooping thing is different.  It makes my blood boil because these are people who clearly understand that it is undesirable to have dog poop in one’s yard.  It disgusts them; they do not want it.  And so the only alternative they can see is to send out the dogs to poop in someone else’s yard!  Because that is not disgusting!  Problem solved!  Dogs come home, everyone’s happy.

Now why is that uptight neighbor lady headed this way with a hammer?

I tell you, if I do manage to put a Paypal donate button on this blog, it’ll be for my bail.